For the last two decades, I’ve 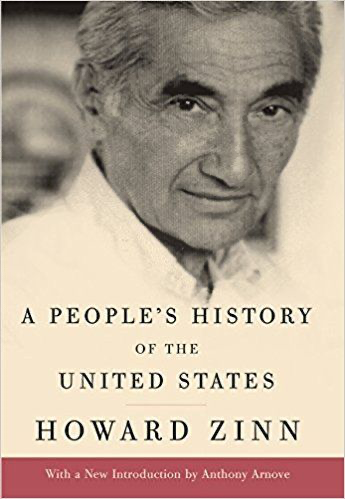 heard many people waxing rhapsodic about Howard Zinn’s A People’s History of the United States, so when I got to the 970s—History of North America—I decided that this was my chance to finally read it.

What I found was not the life-changing book that many people consider it to be. I imagine a big part of that is that I’ve become familiar with so much of what seemed revolutionary about the book’s retelling of the country’s history. And because I’ve also found myself reading some deeper dives into some of these topics, like Kerry Greenidge’s Black Radical about Charles Monroe Trotter, or Nelson Peery’s memoir about his life during the depression and his time in the army during World War II, at times some of this felt a bit thin. Perhaps if I had little more than the standard-fare American History curriculum, I might have been more impressed.

And then there’s the problem that I often find with thinkers on the left who often get into a self-defeating obsession over ideological purity. The lesson I took from the 2000 election was clear: as uninspiring as the Democratic candidate might be to me, it’s far better to have even the most centrist Democrats in office than the vast majority of what the Republican party has to offer. And yet, I know people who have lived through 2000 and 2016 and yet still seem to think that if only enough of us clap our hands and believe that Ralph Nader or Bernie Sanders will come to save us. And then we get President Trump.

In this book, I was willing to accept Zinn’s critique of Roosevelt. There was a lot he could have done that he didn’t (although at the same time, his remaking of American society and government was absolutely miraculous and it’s unlikely the socialist movements of the first half of the twentieth century could have gotten there even without their vigorous suppression). But Jimmy Carter? I’m sorry, but his critiques of Carter ring hollow to me and strike me as the sort of idealism of the left that leads to its downfall.