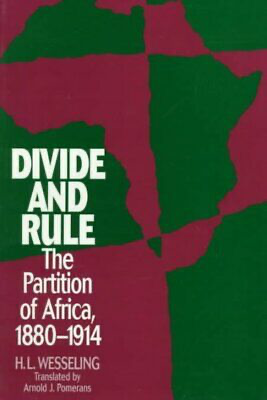 Another part of the world that I know very little of the history of. The selection of options was somewhat uninspiring, and I decided to take a look at this book.

I knew very little about colonialism in Africa. I was most familiar with the history of colonialism in the Americas and India, but almost nothing about Africa, so I decided this might be a good way to introduce myself to the subject.

Certainly, it’s a bit maddening that the book has little to say about the people and cultures that existed before the Europeans’ arrival, but there was some good information about how the curious institutions of South Africa arose, and the transfer of that country from Dutch to British rule (I also discovered that I had been misplacing Rhodesia in my mental map of Africa).

Germany’s meager attempt at colonialism is discussed at least some (it had always surprised me that of all the great powers of Western Europe, Germany had no real colonial legacy), as is the partition of Western Africa between the British and French.

In retrospect, I think a different book would have been a better introduction to African history, but for what this was, it was not a bad book.