The 670s are “Manufacturing” and 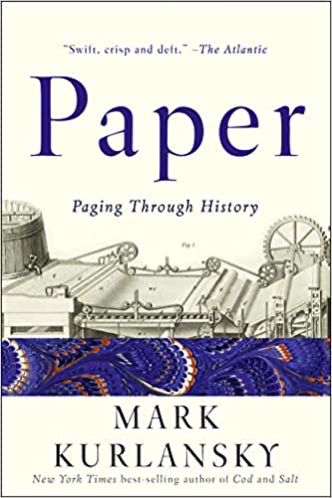 while I was initially nervous about what would be available at my local public library on the topic, I spotted this book about the history of paper and decided that this would be the book for me to read.

From my life in typography, I’m reasonably conversant with the history of printing, but I realized while reading this that I’m painfully ignorant of the history of the stuff that we print on—viz, paper. There’s a surprising amount of depth available in the subject area, with the origins of paper in China and its eventual spread around the world (including some not-quite paper inventions such as the Mayan use of inner bark in creating their codexes).

It was most surprising to learn that contemporary wood pulp–based paper is a relatively recent invention, having only been invented in the nineteenth century in response to the shortage of rags for paper making. I find myself wondering whether in today’s world whether the sudden surplus of rags thanks to the widespread creation and disposal of cheap clothing might not be a harbinger of a return to large-scale manufacture of cloth-based paper again.