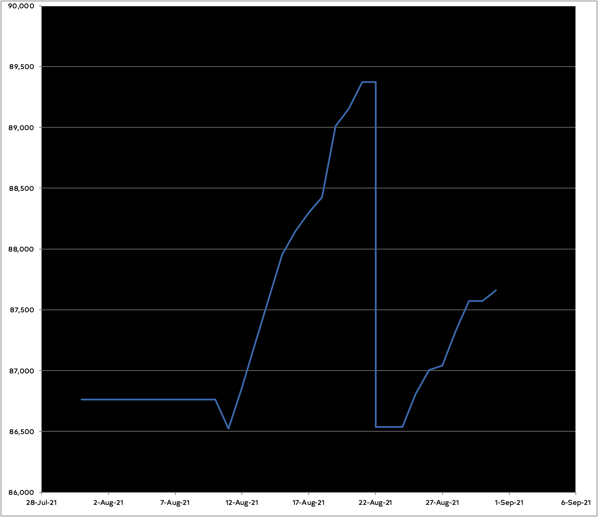 I’ve completed the first draft of Chapter 27 and I’m partway through the rewrite draft. The story continues to reveal heretofore unknown things about the characters, which is a plus (and some inconsequential happenings in the first draft have become a bit more consequential in the rewrite). I feel optimistic that a complete first draft¹ of the novel will be done before month’s end.

And that story that I’ve been working on all year (and all last year and far too long before that), finally reached a point where I could workshop it last week. My next new story is feeling less resistant to completion and should manage to make it off my computer in time for my next turn workshopping later this month.

Plus, I finally finished revising a story I workshopped back in March, so that’s now out on submission.