Non-book things that delighted me in 2022

Spider-Man: No Way Home. With the post-credit scene in Far From Home I was really curious to see how they were going to paint themselves out of the corner of revealing that Peter Parker was Spider-Man.¹ I was on board with the movie from the moment I saw the trailer where Alfred Molina’s Doctor Octopus appeared, looked at Spider-Man and said, “Hello, Peter.” 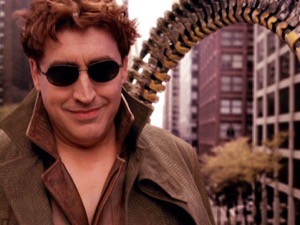 I’d worked assiduously to avoid any further spoilers beyond that first trailer and was rewarded handsomely for my efforts and while I’d heard the claims of Andrew Garfield’s appearance and his denials² I knew nothing of other villains appearing, nor did I have the slightest clue that Tobey Maguire would also show up. The whole thing was a wonderful bow on top of not just the MCU/Sony Spider-Man films, but all  the Spider-man films thusfar and a nice excuse to actually go to a movie theater in the middle of a pandemic.

Peacemaker. OK, it dragged at times, but really this is just an excuse to be able to embed the credit sequence which is by far the best opening credits sequence of all time.

Ravensburger Minecraft: Builders & Biomes. I was expecting something kind of half-assed when my son asked for this for Christmas, so imagine my surprise when we sat down to play it 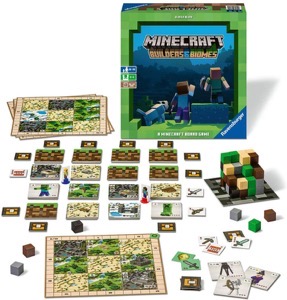 and I discovered it’s actually a well-designed fun to play game with interesting elements of shifting strategy. As an added bonus, the score-keeping requires some basic math so my kids get to practice their multiplication and addition skills when they play.