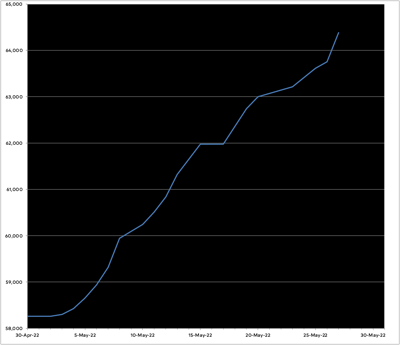 for this month’s poor progress on the novel other than life intervening. In theory, I can finish this rewrite still by the end of June, but I suspect it will be July when it happens. Once that’s done, I end up diving into some heavy-duty research to make sure that I can fill in details and fix errors in the text

The procrastination story is up for workshopping tomorrow which means I’ll be back on to the new story which I had optimistically thought was going to be done back in October.

I somewhat randomly found myself at the website for the Harry Ransom Center and remembering that they had some (most? all?) of Graham Greene’s archive there, I thought I’d see what they had and found this picture, labelled “Gabriel García Márquez and Graham Greene”:

My first thought was, whoa, is that a picture of Greene with a mustache? Then I said, wait a minute, that doesn’t look like Graham Greene at all. In the same search results, there’s another picture and this is Graham Greene: 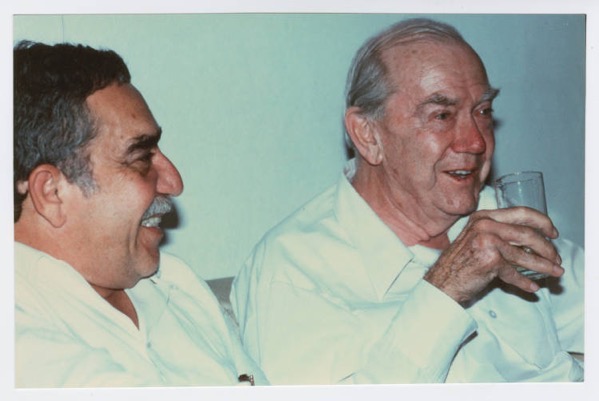 “Place de Stalingrad”: The story behind the story

In both Paris and Brussels, there are metro 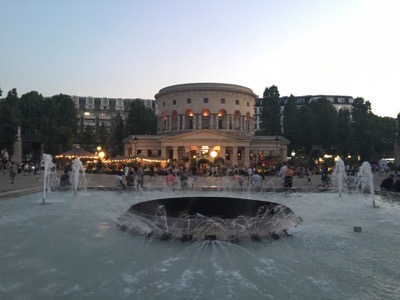 stops called “Stalingrad,” a fact I found fascinating, especially since the city of Stalingrad was renamed Volgograd in the wave of de-Stalinization under Nikita Krushchev. On my last visit to Paris, I decided I had to see what was at the stop with this name so one evening while my pregnant wife convalesced in our AirBnB I headed out to the 19ᵉ arrondissement to see for myself.

The immediate environs of the metro stop are not particularly interesting. It’s a nondescript neighborhood of shops and Hauptmann apartment blocks. But turn a corner and you find yourself at the actual plaza that gives the station its name. Situated at the southern end of the Bassin de la Villette, and far from the tourists who congregate in the lower-numbered arrondissements, it’s a place of tranquil beauty with movie theaters and restaurants facing the water.

With this place in mind, I started wondering what sort of story might come out of the place and thinking about the artists selling their wares out of stalls at the top of Montmartre, I came up with my characters and their mysterious and absent classmate. It took a fair amount of rewriting and reorganizing to get the story in the shape that it finally took, but I am pretty happy with the end result. You can read it here. 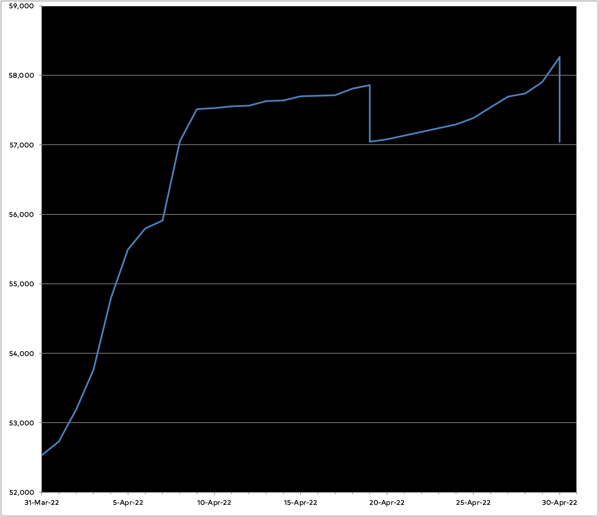 This time the odd shapes are because I added a new chapter to the book (and life intervened a bit more than usual). I got a bit stuck on the new chapter since I wanted it to be about more than the chapter title and historical event that I was relating and I needed to figure out how it affected the characters and the story. I still have to do a revision round on the chapter, but it’s overall in a good place.

Story revision is going slowly as I realize that the story at the top of the pile needs a lot of work.It will probably end up going back to workshop before it goes on submission as I’m doing some major surgery on the piece.

News about a new publication tomorrow.

The new story is plodding along although I’ve taken another procrastination break from it to write something very short and strange. I think it has a chance of not being bad.

Sonnet 18 after much machine translation

Do I cut your summer?
You are very beautiful and very sweet.
Can change by a strong wind.
And put the summer in a short time.
It’s hot in the eyes of the sky,
It’s a gold weight.
The best time of this time is correct
Activity or change
But all the summer never passes.
To lose damage;
His garden not dead when the time
If time is over for permanent calling,
Men can take breath or water,
That’s why it’s a long life, and gives.

Sometimes a graph doesn’t tell the 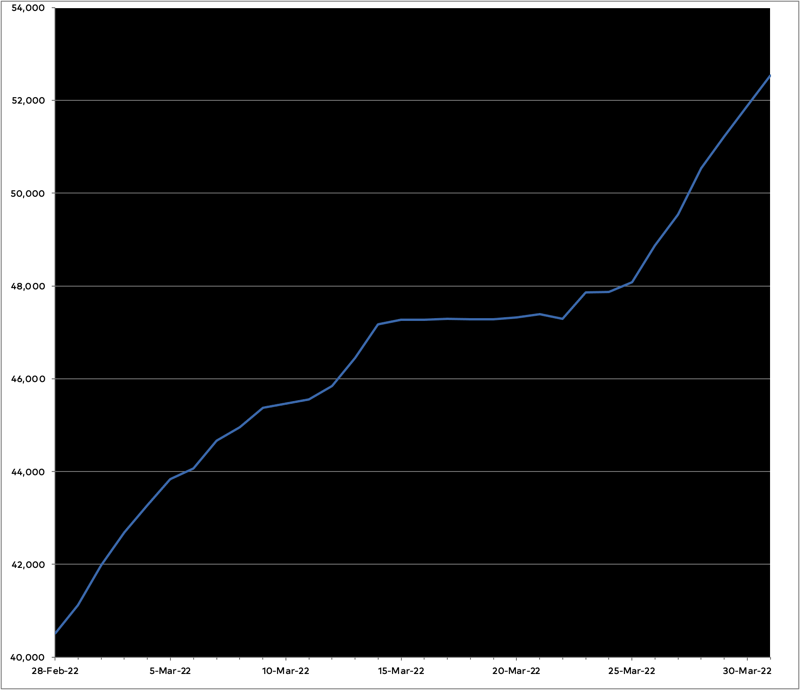 whole story. My graph looks like for about a third of the month I didn’t make much progress but in fact, even though my word count didn’t move around much (and even dropped a bit), that was a result of wrestling with a troublesome passage in the first draft and making it much better on the rewrite. I feel a bit like the flat bits on the graph show more work happening than the steep slopes.

Got two more story revisions kicked out the door, one of which is a chapter in the novel, the other was accepted for publication fairly quickly so there will be more news about that soonish.

The new story is gaining more clarity as I get more of a sense of what it’s about. I was to have workshopped this Thursday but a bout of Covid in the family is keeping me out of the rotation but I’ll be getting a new slot in two weeks and maybe it will be ready then?

Today is Ash Wednesday, the beginning of Lent. There are a lot of folks who seem to take this as a sort of performative event, kind of missing a key passage from today’s reading:

“When you fast, do not look gloomy like the hypocrites. They neglect their appearance, so that they may appear to others to be fasting. Amen, I say to you, they have received their reward. But when you fast, anoint your head and wash your face, so that you may not appear to be fasting, except to your Father who is hidden. And your Father who sees what is hidden will repay you.

And then there are those who take it as a moment of self-improvement. No more smoking, or drinking, or perhaps lose a few pounds.

I didn’t really get Lent as a kid (among other things, I thought you were giving something up forever and not just until Easter), and it was only as an adult that it really made sense to me when I had given up drinking alcohol for Lent and I had one of my usual failures in my love life (because being heartbroken is the dominant theme of one’s twenties). So in the midst of my distress, I said to myself, “I need a drink.” And then I stopped because I’d given up drinking and instead realized that what I really needed was God.

And at that point, I realized that the key thing about a Lenten sacrifice was that it should be about giving up something that you do habitually so that you have that frequent reminder to engage in prayer at a higher level than you normally do. The fasting and sacrifice is there to be a reminder of prayer.

And for those who would engage in some positive practice in place of sacrifice like almsgiving or social justice work, that’s great, but that shouldn’t just be a Lenten practice, that should be an always practice. Lent is a time of engaging in a kind of extreme spirituality, going above and beyond what is sustainable for a short period of time.

Even though there was one less day and I 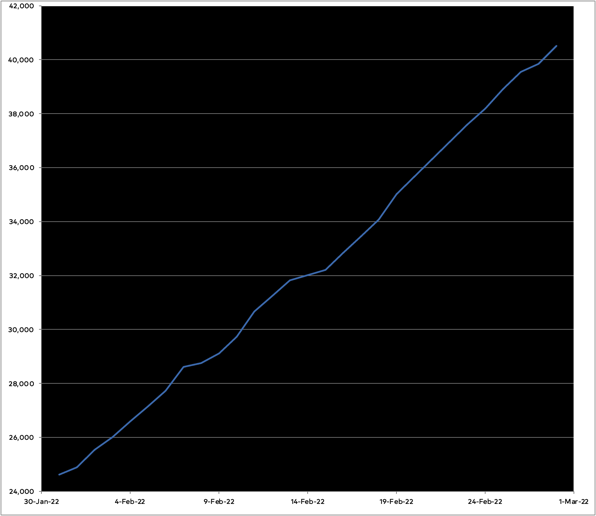 missed a day of writing, I managed to get more words rewritten for the novel this month than last. I’ve also been in a bit of a research binge of late with even more books added to my list and more books read. Israel Joseph Singer’s¹ novel The Brothers Ashkenazi was a wonderful read.

On the revision front, I finished revising one story and got it into submissions. Another story is in progress and being a bit shorter and perhaps in somewhat better shape, should be quicker to get kicked out the door

On the new story front, I ended up, in procrastination over this story, writing a whole other piece which got workshopped in February. The procrastination may have worked a little because I think I‘m a bit unblocked on the new story. There’s a lot that will need to be cut as I figure out what the story is about.