A first draft of the novel is done

A week shy of five years after I started writing, I 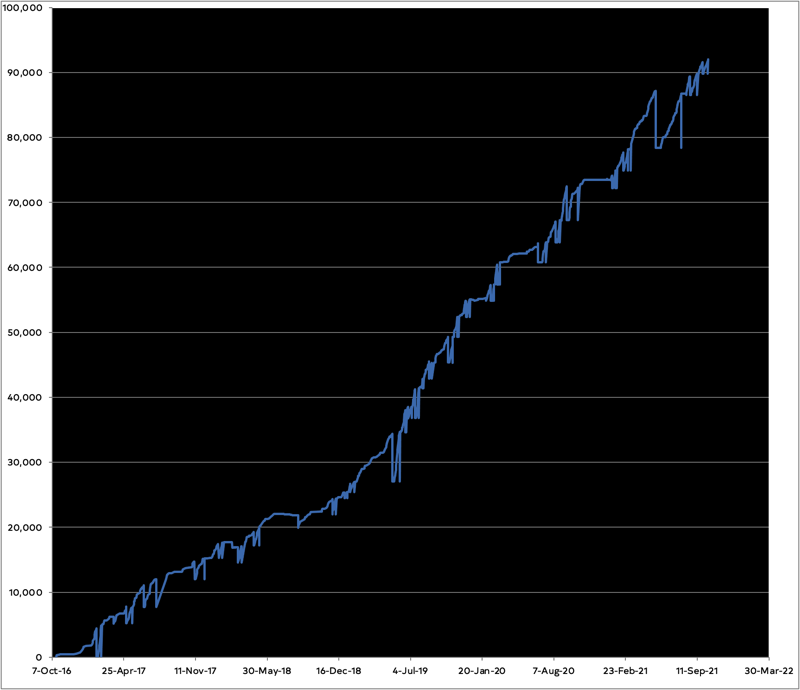 have a complete first draft of the novel. It’s been a long journey and there’s still a lot of work to be done, but there’s a complete story now. Things I still have to fix include making sure characters don’t change names mid-novel as well as taking advantage of the fact that I now know more about the characters than I did when I began so I can flesh out a lot of details (and eliminate out-of-character behaviors) as I work further on the novel.

I have a rather structured process for the beginning of my work on fiction: I write a complete first draft.¹ Then I read it, scribble all over it making notes about how awful everything is and what makes me think I can write. Then I rewrite the whole thing from scratch starting with a blank Word document.² Again, I read the whole thing, plugging my nose to get to the end. The finalish step is to revise it: Now, instead of retyping everything, I let myself just work on the existing document and just change those bits that need to be changed.⁴ Once I’ve reached this stage is the piece finally ready to show to someone else.

Each chapter has gone through this three stage process (which explains the zig-zag pattern in the diagram above), in some cases, a chapter has gone through even more revisions,⁶ so this “first” draft is kind of a third+ draft. Nevertheless, the next step is to read the whole thing, then do a rewrite as above and finally a revision before I start thinking about workshopping it. But first, I can at least celebrate a little.