2022 in rejections (and acceptances)

Just like 2021, my submission pace has been slower, so my numbers are the lowest they’ve been since 2010. 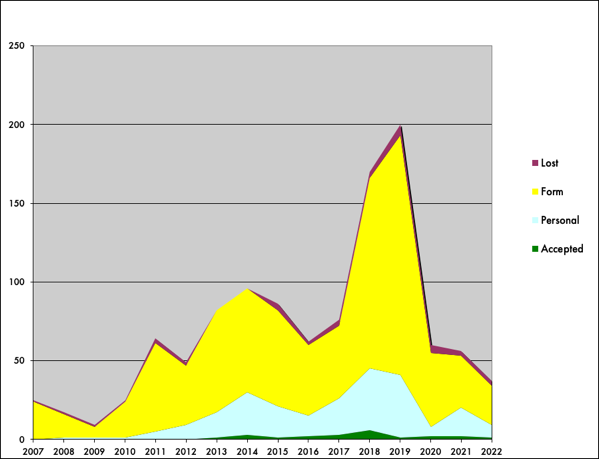 My acceptance and personal rejection rate are both down, but I think that’s as much a reflection of not submitting much as anything else.

Poetry is also down in numbers but not as dramatically, even though I didn’t send out many new submissions this year. I normally wait until the last of my submissions has been rejected before beginning a new submission round, but I’m waiting on a journal whose name rhymes with “stew porker” to respond to some poems and another journal that is theoretically still in existence but is just barely hanging on also has some poems, so I may go ahead and start a new submission round without them. I have a bunch of new poems to put into the world, so there’s not much reason to hold off. 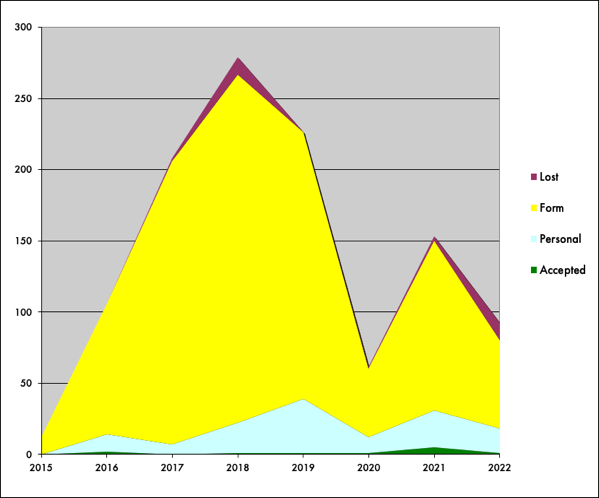